EMPOWER WOMAN & FAMILY WILL BE EMPOWERED

On March 10, 2018, the Auxilium Girls Promotion Centre – Oros, organized a day for the women of the Self Help Groups and young girls of neighboring villages. The women made their entry around 10.00 am with joy and excitement looking forward to enjoy the day and to learn something. 104 women and 35 young girls registered. There were a few animated games conducted for the early arrivals.

The celebration began with the lighting of lamp invoking God’s blessings on all those present, and it was done by the Chief Guest and the other dignitaries. Mr. Shekhar Samant (Chief Editor of Tarun Bharat) conducted a session on ‘Today’s Youth: where they are and where they can be, and how a mother becomes a guide to her children on the road to success’. He emphasized the importance of women in forming the citizens of our society and also presented a few and significant cases which have happened in Sindhudurg. He explained the progress of the children which takes place gradually in their years in school and in the career they choose in life. For the women, it was a real eye opener and a challenge to be vigilant and follow their children well.

Mrs. Valavalkar in her speech spoke to the women about their important role in family and in society and the dire need to take care of themselves; she also encouraged them to rise above their situations they are living in, and to walk ahead in life. Each dignitary had the honour of giving a short message encouraging the women to come up in life and live with dignity.

This year, one special feature added to the celebration: felicitation of five women who have contributed in different ways towards the betterment of society and women in particular.

After lunch there was a dance and singing competition conducted for the participants. A majority of them participated in the same and enjoyed. The celebration ended with prize distribution and the final message by Sr. Priscilla Travasso. It was a success with many hands coming together. 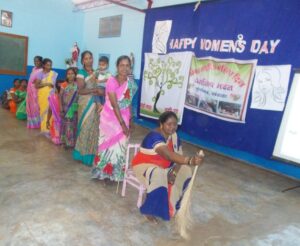 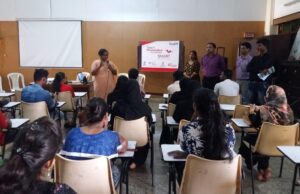 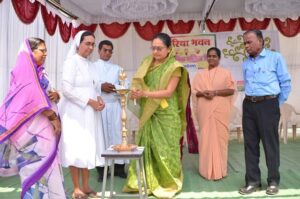